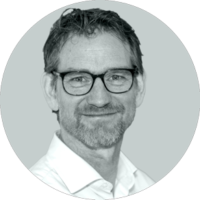 When the battery of an electric car is used to power a neighbours house, the power flows from the vehicle via the power grid to the neighbours fridge or cooker. This is called vehicle to grid, in short V2G. When combined with a electricity contract with dynamic prices -every hour a different price- “trading” with electricity becomes possible. Charge (buy) during cheap hours and sell (dis-charge) when prices are high(er). Earnings of several euro’s a day are possible for an average EV. Additional advantage is lower emissions for your energy as cheap electricity is usually generated by wind and solar.

V2G Liberty make all this accessible for the the average citizen with free open source software.

Determining the optimal (dis-)charging schedule is complex and needs to be adjusted frequently. V2G Liberty takes this burden off the user’s shoulders by creating:

The logic is based on simple concepts with powerful logic.

Logic 1: Tune in on user

Making sure the battery is filled optimally to suit the car usage.

Logic 2: Store and use own solar energy

This is a no-brainer: when there is excess solar energy, store it in the car battery for use when the sun is down. This is why the system makes accurate forecasts of solar production based on public weather forecasts. It also continuously monitors actual energy production to optimise on the go.

On average an EV can power a house for three days

Another no-brainer: in case of dynamic tariffs one can charge the batteries when prices are low or even negative(!) and sell when prices are high. Public market prices are used for the coming 24 hours and forecasts are made up to 72 hours ahead.

The mix of electricity sources (coal, wind, gas, solar, etc.) differs per hour on the net. Based on this, the CO2 emissions/kWh differ over time. So one can optimise for an actual lower carbon footprint by using energy from the net mainly at the greener hours.

Each of the concepts stated above seems straightforward but already requires machine learning, e.g. for forecasting. Combing these use cases to achieve an optimal outcome becomes mind-bogglingly complex. The FlexMeasures platform is tailored for these kinds of tasks and quickly and efficiently calculates optimal charge/dis-charge schedules.

Positive Design initiated the living lab “Vehicle to grid at home” (V2G @ home) in early 2021 to help home owners and small businesses play their part in the energy transition. This resulted in the V2G Liberty app. To make V2G available for a broad public independent of EV vendor, EVSE vendor or power company. This is why it is based on open source software.

V2G Liberty is a cooperation with Seita, the company behind the smart open source cloud platform FlexMeasures.

V2G has been successfully demonstrated many times. New V2G chargers have recently been introduced. The new charging standard ISO15118 has been approved. Volkswagen has announced all it’s EV’s will be V2G capable in 2022. V2G is hot and happening, but implemented mainly in larger businesses.